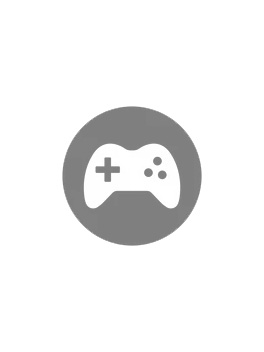 Genres: Turn-based strategy (TBS), Adventure, Role-playing (RPG)
Platform: PC (Microsoft Windows)
Originally created starting back in around 2010, Aleph took several years and a successful Kickstarter campaign to finish. The end result was an incredibly long and detailed RPG where your choices matter. And now it is available to all who wish to play it!

You are the Seer, a stranger in a strange world. You're drawn to this world by forces unknown, and tasked with the purpose of delivering it from the grips of a terrible evil... whether or not you do so, or join it, is up to you.

Your choices make a difference in Aleph. The party you recruit, the mercenaries you hire, the items you acquire, the dungeons you visit, the objects you craft... all of it will influence how you ultimately play the game. But more importantly, the moral choices you make will greatly affect numerous outcomes throughout the game. Commit murder in town, you will be attacked by the guards. Steal too much? You can be thrown in a dungeon.

More importantly though, the great evil that threatens the world upon its waking state is directly influenced by the moral choices you make throughout your journey. The more you adhere to the Principles of the Aleph and make good moral choices, the easier the fight against the great evil will be. Should you make numerous nefarious choices, you may not be able to defeat the evil, though you may join it...

Challenge comes to you not just in the form of combat against a huge multitude of enemies and boss encounters, but also in the form of numerous puzzles and riddles to solve, artifacts to find, and a huge world to explore.

Indeed, the world of Aleph is very large, and it is also open. You are free to visit whichever towns, whichever dungeons whenever you please. A boat is required to sail to some of the locations.

This might sound daunting, and perhaps it is, but you are not alone and unprepared. Many allies await you throughout the world of Aleph, happy to join your party. Each ally brings several unique skills to the group, so it is up to you to make the tactical choices - do you bring with you a healer? A potent mage? A stalwart knight to tank damage? How about a girl that transforms into a golem? Beyond the help in the form of friends, you are bestowed with one of the titular Alephs, a small round gem that allows you to locate objects, people, and locations.

Aleph also comes with a Seer's Companion Tome, a separate PDF that will provide useful and insightful information for numerous aspects of the game world.

If you are looking for a challenging RPG with an epic amount of content, this is the RPG for you.