A few days ago, we learned with great emotion of the death of videographer Olibith. Some of you probably don't know him, but Olibith made his mark on millions of World of Warcraft players a few years ago with his machinimas dedicated to the World of Warcraft video game.

Playing as a Gnome on WoW, Olibith loved to put his character on the game of Blizzard by making videos very worked, artistic and very funny. He had met the success on the internet, Youtube and on the site Warcraft Movies with the series of video Never Stay Tuned, but also with the excellent The Hills Have Eggs that you can find below.

At the time, there were not as many videographers as today, streaming did not exist yet and Youtube was just starting. The work Olibith did on his videos was absolutely revolutionary, many Youtubers were influenced by his work more than 10 years ago.

Initially discovered on World of Warcraft, Olibith had then joined the Millenium esport team where he became art director. He was also a columnist and made parody and humor videos for the site. French fans will remember for a long time this parody song where Olibith sang with nostalgia his passion for esport and gaming.

In the last few years, Philippe Phix (real name) had completely changed his career and stopped all links with the gaming and esport world to become a pioneer of the NFT movement. Under the pseudonym of @money_alotta, he was one of the pioneers of the crypto-art of the democratization of NFT in the world.

His sudden death while he was still very young has surprised the whole community of gamers as well as crypto-artists, and many people around the world have paid tribute to him in recent days.

I'm heartbroken to hear from @DidierRA1 today that a trailblazer of the #NFT art space - @money_alotta, died last night.

He was always so open to creativity and collaboration, from this first silly creation we made together in Feb 2020 to Pranksyland, the Advent Calendar and... pic.twitter.com/Nv0OQ1pePJ

Good morning to the heroes who will read my last night tribute to the legend @money_alotta. pic.twitter.com/Inj93sTTeG

We invite you to visit his Youtube page in order to know Olibith's work. We offer our sincere condolences to his family and friends, the internet has lost one of its greatest artists. 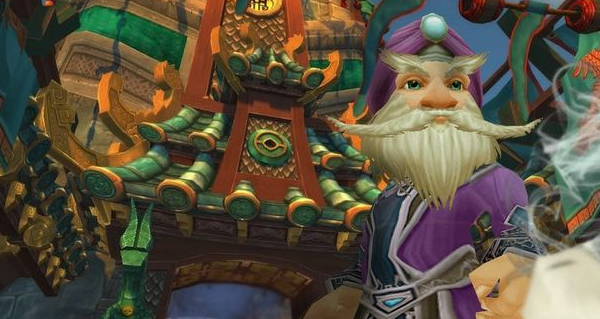 No, World of Warcraft is not a recent game, it was launched in most regions on Nov 23rd 2004, 18 years 2 months 6 days ago.
World of Warcraft has been released on PC (Microsoft Windows) and Mac.